Before couple days, a new tweet appeared on twitter social site, just unofficial message that talks about PES 2015 demo pc - release date, which should be later than other platforms, 13. November 2014. So the same day as full game release. It's just rumor so we should wait for official release. Also, demo for other platforms should be released on 17. September 2014 as it was announced. One interesting thing is also that - on official pes Konami site, there's no PC logo under the demoversion info page, only Xbox 360, One and Playstation 3, 4.

The reason for later release date is that the game used to be hacked and new content like demo unlocks and similiar stuff was created and injected. The game producers weren't really happy about that, possibly licences reasons for their partners.

The next message - better said tweet on official John Murphy twitter page is about his leaving at Konami. After the long period, 16 years he moves to a new place. During Pro Evolution Soccer development phase, he used to meet the public, visit various exhibitions like E3, Gamescom and talk about game news and facts. 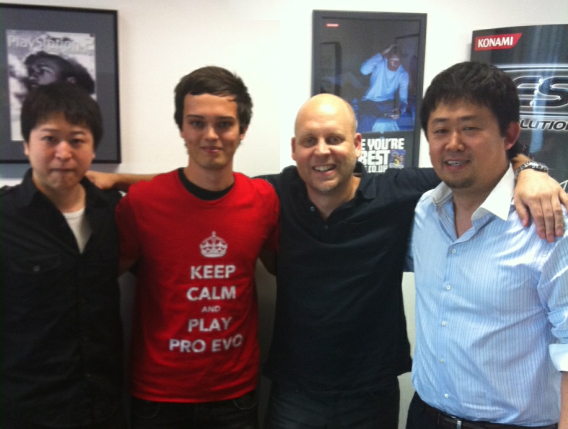